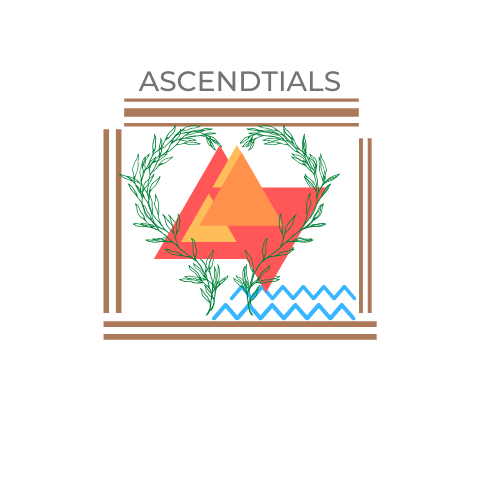 A look at the importance of nourishing Melanin and Knowing Thyself

In my research on Ancient African thought, the human need and ability to foretell and predict the future, as well as retell and retrace the past, evolved as mathematical models to transform energy in order to thrive in life. These mathematical models designed by Africans resulted from their understanding of the relationship between nature and themselves, to stay in balance, but grow and solve all problems. They applied this knowledge to life itself and created a sustainable way of life. They understood how to solve any problem by living in accordance with natural law, much like other beings know and observe. This allowed hue-man an ability to thrive creatively, mentally, physically, and spiritually, through understanding the sciences, maintaining balance with natural laws, and transforming themselves and everything around them by applying this knowledge of Self.

Problem-solving is a skill that requires nurturing, and ancients knew this. Research shows this knowledge was duplicated in India and all of Asia, before being utilized by Europe and claimed for their spiritual schools. Knowing the power and proven success of this knowledge and the emphasis on developing skills to problem solve, why then, today, is it such an underdeveloped skill, only developed for a select few. Why are we now leaving thinking up to today’s technologists to access and solve problems? Mass populations of people lack sufficient problem-solving skills, lack knowledge of self, and in turn, a myriad of opportunities are created by those with the knowledge to profit from this purported ignorance. This is a design set forth by westernization, called colonization, and has been in duplication throughout the world since their reign began. Clearly, the repercussions have been demonstrable, and it’s a bad idea to allow this freedom to be controlled by a select few, yet it’s even more damaging to be less preventative and more reactive, as it appears the standard way of living now operates. Letting others think for you is not natural and no other animal on Earth would do this. Equality is beneficial to everyone expertise is and shouldn’t be exploited ever as intellectual property.

Fast forward to today’s untamed, socialized culture, and we are further removed from the true meaning of life; are fascinated by the lives of animals and the manner in which they work with what is, when allowed to roam free, keeping balance and thriving. They need nothing outside of themselves to make life on Earth anything other than wondrous. Man today, however, has created existence and reliance on things and loves the beauty and resources nature offers, but can’t simply appreciate from afar, and must possess, then exploit for profit and gain false notoriety, for wealth, leading highly perverse and glutenous emotion-filled lives, with our obsessions, vices, and isms, selfishness, and modern technologies. Tolerating dehumanization as practice and embracing a false existence is commonplace. Perpetuating crimes against nature and the planet, and at the risk of depleting resources and destroying the balance that no one consciously practices to protect and preserve life. And this is all done because this is the socialized and accepted way of life now. Everyone rises and sets with the phones in hand connected to the new Sun, the internet.

And what does the internet teach us? It allows for even more approximations of equality. Desiring to imitate our idea of beauty instead of embracing self beauty, and knowledge of self, is bizarre indeed, but widely accepted. And, sadly, the oppressed become the oppressor by accepting a role in exploiting. Such that exploiting is now a pastime propagated as the most valued commodity. Things are bad and seemingly irreparable to change the minds collectively for equality for all as imitation is widespread. Approximations are not the whole truth, but close enough seems to be the aim internalized. Talk is everywhere about being free, but the transformation is much harder to enact. Else, things would flip faster. All of this fear and misguidance protects bad thinking and selfish interests under “whiteness”. This way of life cannot sustain itself, while everyone witnesses things fall apart, and changes persist slowly, leaving real transformation for a later date.

Even more worrisome, our culture requires two roles, the oppressed and the oppressor, and this cycle is steadily internalized, socialized, and upheld through technology, education systems, the entertainment, and fashion industry, through social media and television and holidays, and other commemorative events. Some are satisfied with our culture, and surely others want a piece of it too! I feel almost hopeless thinking about all the work that still needs to be done, but I am also convinced by what I know about Melanin, black bodies, and energy. You too, I’m sure, if aware, feel a sense of overwhelming defeat, if you’ve surmised how impossible, with the layers of destructive behavior, in constant bad repetition, this state of affairs can be solved and resolved. So let’s party and forget and embrace what we got.

The only thing I know for certain is that change is internal, self-taught, and self known. The only constant, we all connect with is, no, not the damn internet, the natural laws of nature, which keep everything in balance, encompasses the universe, and all living things derive from this. Each person has to make a choice, to follow the inherent laws, or follow only Man’s. Man, finds himself less connected with these laws in existence, does more harm. Why Man went in this total opposite direction of just full control, wanting everything for himself, is just lazy, highly disappointing, and completed absurd, and signals great confusion about knowledge of self. This lack of knowledge of self is customary and easily abandoned for a stature known as “whiteness”. And that can’t be right, because the universe is created with the biochemical melanin, which is actually black in color, and all-black bodies derive from this and are absorbed by blackness. A simple example is a black hole and how it operates. Another example is black melanin, which makes life itself. It’s in all things created and is also inside of our bodies in high concentrations around our sensory organs. For Blacks, it is also on the outer layer of the skin. It has many usages, but do you know how to nourish and nurture this for the greatest benefit? We see this melanin in action by black bodies in the way they move their bodies, so in tune and rhythmic that dancing like a black girl is the standard. The way black bodies create civil rights movements, in sports, in music, in mathematics, in philosophy, before Brahma, before Abraham, this thought was created in Ancient Africa.

Yet, those with the highest concentration of melanin are the worst treated, and their culture is the least protected. India and Asia know differently, but where are you now. We actually live in a society that classified us as subhuman and striped all technological advancements for others to duplicate in an approximate manner.

My main concern is the high-level function of problem-solving that isn’t applied readily as a skill held by most people, nor is it reinforced as a daily skill requisite for any mental development or growth course for graduation. It’s a wonder if our children are able to problem-solve at all upon graduation or have the tools to survive “the real world” at all. What’s more, this knowledge and practice held by Ancient Africans are available to all, not to a few, and for the purpose of survival, to create, invent, and develop our mental capacity to withstand challenges and solve all problems. Why not want that? These Ancients used this knowledge as a “way of life” and understood and observed principles, limitations, and always keeping the equation in balance, and life was abundant.

Today, this technology is for entrapment, exploitation, and harvesting data to do it all over again. Everyone is spellbound and captivated. I feel crippled when I think of raising children in this current climate. Fearing that they too, will be socialized and call me crazy. Knowledge is power, and whoever has it, profits and wins. Approximations are the order of the day, and until folks get with the program, they will stay in search of the meaning and purpose of life on Earth. Seeking to colonize space and other planets, is selfish, not because the colonization of one planet, isn’t enough, but to deplete resources from other planets, to create more phones, to keep people buying more products, and stay more connected electronically, than intuitively, and less focused on their true ability to solve problems using critical skills. We seem to be moving further from the truth, and what does that even mean, if it isn’t profitable. Who cares.

Yet, everyone complains that man is destroying the planet, not properly utilizing its resources, and that colonization and the “white standard” to which health technology and nutrition applies, is the right way, and it is simply man’s nature to cause destruction and deplete all that is good. And we must vaccinate the world. I disagree. I am of the opinion that it is what you fill the man’s mind with that will ultimately determine his future and the American mind is full indeed. My experience is that colonization is always bad. It suggests that any human can manipulate the laws that exist as the foundations of our universe, and that isn’t likely. It’s selfish, and it’s narcissistic and shouldn’t be accepted.

Yet, where are my black bodies, who have changed this world unknowingly, in the image of themselves, but for entertainment, to only join in the fun. If you harness your power, turn inward, you can transform not only by making our movements loved by all. You can create a movement that aids those who seek guidance and truth. However, I’m not speaking about the church in its current form. I’m suggesting seeking to know thyself and learn more about developing the sixth sense, which melanin excretes from. Find a way to nourish you based on what your body needs, otherwise, we fall victim by not knowing thyself. This cycle of socialization has allowed countless vulnerabilities, repeating throughout history these approximations, which never offer True solutions or Equality. Seek truth as Approximations are a lesser form of Equality.